Yesterday we celebrated my father-in-laws 85th birthday. Ralph was born in 1930 when America was in the depression, he is the oldest of seven children born from 1930 - 1938. Can you imagine 7 babies in 8 years!  Life was hard for his family, his father worked in the WPA, a program that was part of the New Deal to get Americans back to work.
Ralph's mother, Nellie was one of many children, she had an older brother Bob, known to Ralph as Uncle Bob, who was a lawyer and worked in Hollywood, CA for RKO Studios. Uncle Bob was well off, never married, a strong Christian and made sure his family back home were taken care of. He purchased a home for his sister Nellie and her family. Ralph remembers well the day they moved to their very own home, he said it looked a bit like a small barn, but was roomy enough for a family of nine.
Times were hard, life was a struggle, but the memories are all good. Ralph remembers his father coming home in the winter, his clothes that had become damp during the day and slowly frozen, were hung over the wood stove to thaw and dry overnight ready for the next day of hard work. His mother's hand so raw and chapped from hand washing the family's clothes that she would smear them with grease and bandage them each evening to bring some relief. Ralph and his brother Don would hang out by the railroad tracks and men would toss chunks of coal down for the children to collect and take home. Memories of Christmas morning, all of the children sneaking downstairs to see what Santa had left beneath the tree and their Dad yelling that they all needed to get back upstairs, and little sister Delores, who had polio, hadn't yet made it down the stairs as all the children charged back past her on their way back to bed.
Ralph graduated high school, for a short time he worked a wealthy man called Clarence Schust, who owned a farm and raised champion cattle. Ralph helped take care of the animals and enjoyed his time working for Clarence, he left to join the Marines. He went to Korea, he came back and married Sharon. Ralph and Sharon had eight children, Christopher, their fifth child, and second son, died in a fire when he was two, and their last baby and fifth son, Philip was still born.
Ralph and Sharon worked hard to support their large family, all six grew up, married and started their own families, grand children, eighteen in all started arriving in 1973 and continued to arrive for the next twenty years. Those grand children grew up, married, started families and to date there are around thirty-four great grand children, the oldest is fourteen, the youngest is one month, and three more are on the way.  Sadly Sharon died in 2002 after a courageous battle with leukemia, we all know if she were alive today she would be amazed with all of her great grand children and she would be loving on all of the babies.
Eighty-five years is a long time to live, and Ralph lived an ordinary life, no different to the lives lived by many others, and yet it is an extraordinary life too, because it is his own story. Because he and Sharon fell in love so many years ago there are a whole bunch more people in this beautiful world and it was wonderful that yesterday so many of them were able to come together to celebrate with him on his birthday. 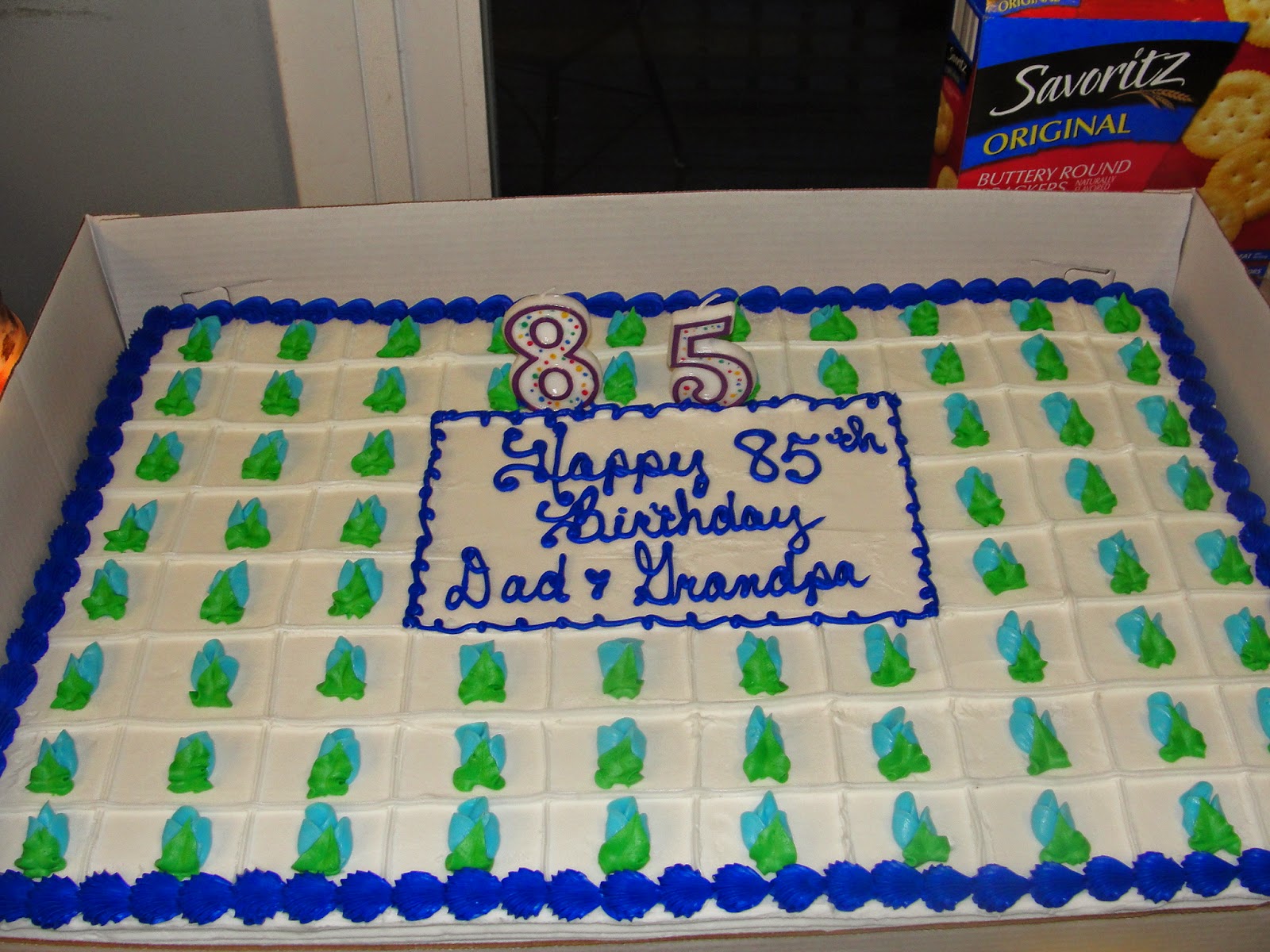 I love your blog and this tribute to Uncle Ralph. I have a blog but have done nothing with it yet. Maybe, you will be my inspiration to get my butt in gear and start sharing:)

Hi Tammy,
A blog is an odd thing to maintain, they kind of evolve. Mine has evolved into a a record of our life, family pics, stories, memories. The grand kids love to look at old pics of themselves, I enjoy going back and reading about things we did several years ago, it is a diary of my life.