Discernment - It's a Journey All By Itself!!! 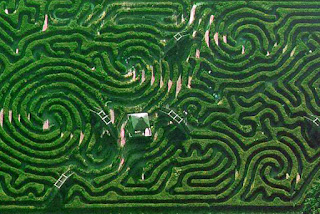 Wow - so much has happened in my journey of discernment regarding the Confraternity of Penitents (CFP). As you know during Lent I spent much time in prayer and fasting discerning if I truly had a call to the CFP, I had some moments of doubt but continued on with my discernment. By Divine Mercy Sunday I felt that I was called and decided to submit my application to be an Inquirer.  My application was accepted and I was excited. In April the founder of the CFP, Madeline Pecora-Nugent paid a visit to Fort Wayne to visit the local CFP Circle, as it is such a new group, she also came to present a history of penance to the Franciscan Brothers Minor during her week long visit. It was an honor to be able to meet Madeline.  I spent the good part of a day at Our Lady of Angels Oratory, I was able to sit in on one of the sessions Madeline presented to the Brothers. Afterwards I participated in mid-afternoon prayer, enjoyed a wonderful potluck dinner with the CFP, the Brothers, and the soon to be cloistered Franciscan Sisters Minor, it was good.  After dinner the CFP had their regular monthly meeting, Madeline helped guide the leaders through the meeting, a couple of positions needed to filled and people were nominated, voted for and approved, one of the Brothers did a presentation to us about the HHS Mandate and then the group split for formation. The Postulants went off together and the Inquirers, myself included, remained separate and spent our time with Br. Fidelis.  By the time I got home it was after ten at night, I was pretty tired.
Funnily enough, although I had a nice day, the following day I was filled with doubts, questioned a few things and had an extremely strong feeling that the CFP is not where I am called to be.  Initially I put it down to being tired, but the feeling persisted. I started struggling with daily prayer, I would sit down to read the Psalms, do the  Liturgy of the Hours and plain and simply could not concentrate to save my life, after two weeks of this I put the prayer books aside and simply did mental prayer. No matter what I did each morning as I awoke the first thing that would come to mind is that I am not to pursue the CFP, this thought began to dominate my life, all day, every day, the thought continued to come.  I googled "discernment", and read some good articles about it, I prayed, and I realized after almost four weeks that this "feeling/thought" was persistent, not fleeting, and it was convicting me, it was haunting me, and it could not be ignored. I realized that God has something different planned for my life, I just do not know what it is right now, but you know what? That is okay :)!!
Yesterday evening I sent emails to the appropriate people with the CFP letting them know that I am withdrawing my application of inquiry.  And do you know what?  Last night I slept well, this morning I awoke feeling refreshed, and I feel as if a weight is lifted from my shoulders.
Weird, yet liberating, I have never in my life had such a period of discernment, it has been an intense few months, with ups, downs, doubts and joy, I have met some nice people along the way, reconnected with my good friend, (who definitely feels called to the CFP and knows without a doubt it is where she is supposed to be), I have decluttered me, decluttered my home, and am glad that I have had this wonderful experience.

I have had a similar experience with my possible plans to join the Mennonite church. I was drawn...met some lovely people - who I hope will still be my friends... but I have decided not to join.

I'm not sure where to from here either :o)

Hi Lynda,
Glad to here from you. All I know is that God does have a plan for our lives and we are to be open to his call.

Are you working on any new knitting projects?

I put my sleeveless vest aside (did you finish yours?) after two attempts to get the sizing right.

Thankyou for your letter...I do plan to write back, but we have had a bit of family drama. I am going to stay with my daughter for a few weeks, so will write from there.

My sleeveless vest was way, way, larger than I need it to be :), so I purchased a lighter weight yarn and an now knitting it in a size smaller. I have started the back and plan to knit about halfway up and then compare it to the finished vest, if it still seems to be voluminous I shall have to have a rethink. Ah, well this all part of the adventure of knitting.
Glad you got my letter. Enjoy your stay with your daughter. Looking forward to your letter.
Take care of yourself,

Thank you for sharing your journey, Martine. I, too, am having a period of discernment and reading your blog helped :) Much love, joy, and peace to you and your family,
Vicky

Hi Vicky, thank you for stopping by. Discernment is definitely a journey, but I have found that the right decision fits properly. But the wrong decision is like wearing a poor fitting pair of shoes, no matter what you do they just rub and you know the only way to make things better is to remove or change the shoes. Sometimes we can be very stubborn about changing the shoes, but when we do the relief is immediate :)
I will keep you in my prayers,