Emily Goes to the Prom

Emily was so excited about going to the prom, her date, Luke, arrived promptly at four and both were looking forward to a lovely evening. After the picture taking they left in grand style to head to Vince's for dinner and then to The Orchid reception hall for the prom. Around midnight Emily and Luke returned home to change out of their finery and left for after-prom activities being held at a local bowling alley until three am. A little after three Emily arrived home and tired Mom was able to retire to bed. Up at seven this morning, Luke arrive at eight, and the tired prom goers left to go on the after prom trip to Cedar Point amusement park, they will return around ten this evening.
It has been almost seven years since Amber went to the prom, she went twice, we think our son Matt holds some kind of record for most proms attended, he went to five! Ben didn't go to the prom.
Here are some pictures of Emily and Luke. 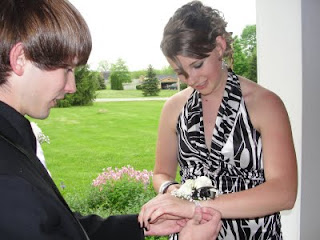 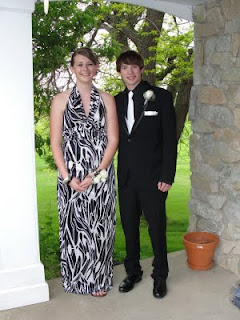 All dressed up and somewhere to go! 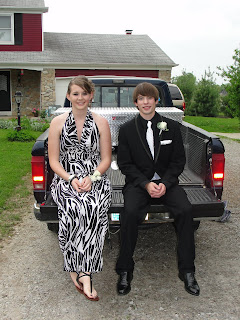 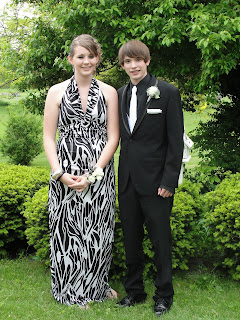 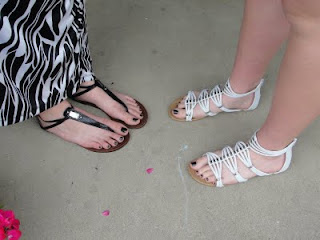 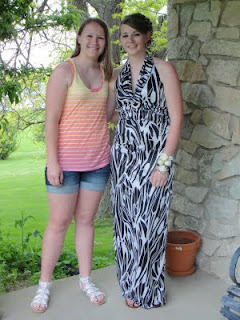 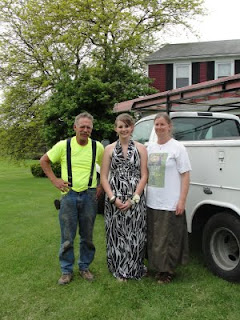 Hope you had a great time Emily! You look beautiful!

Fantastic - I love that dress - you looked fabulous - sounds like a great couple of days.
love m&n

Oh, that is lovely! What a wonderful, special occasion! I loved reading that, and I loved the photos :0D

Hi Ember, Living on Less Money, and Lavender, Thank you for stopping by.